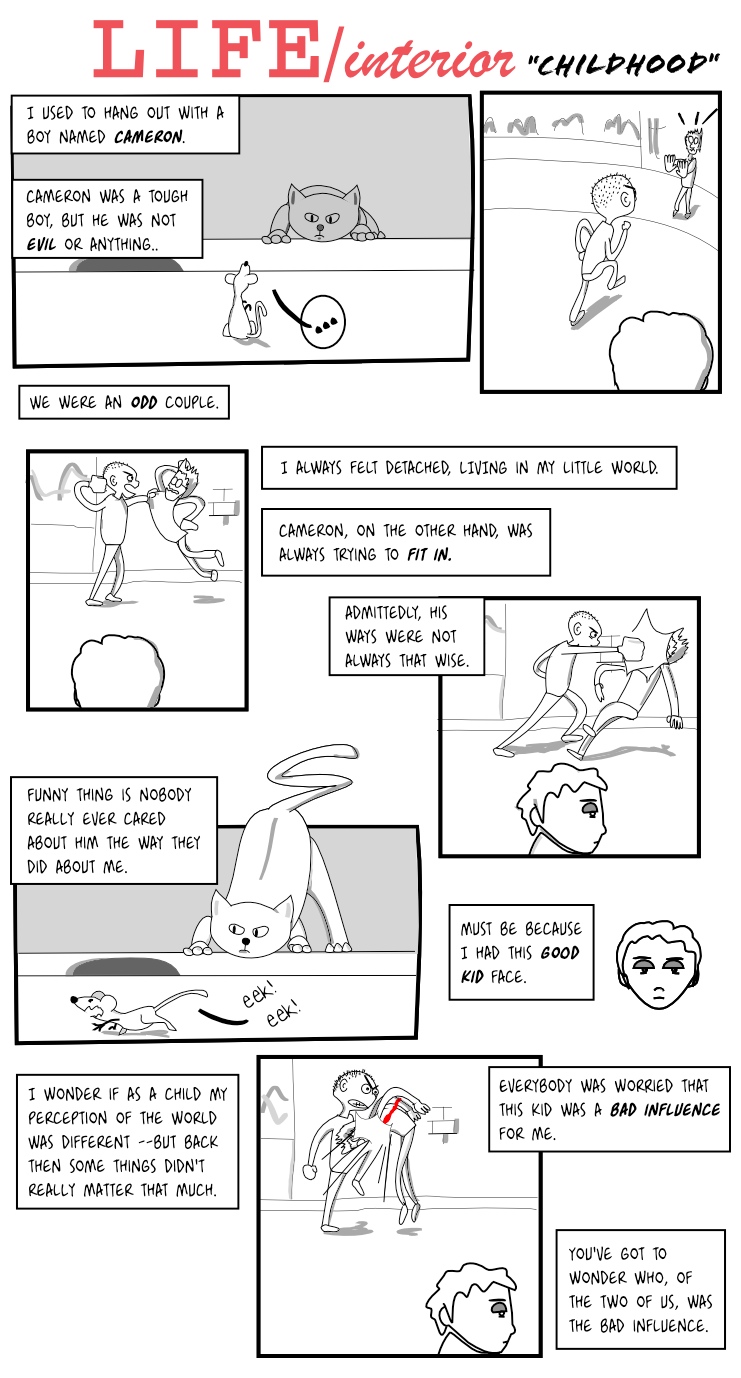 I'll misread volcano signals and continue stubbornly with my efforts to create, somehow, a webcomic that somebody would want to read.

So here it is, a second page. Hopefully next one will be up earlier, as I already have some material for that.

(Update: fixed a typo in the word 'admittedly'... I really need to configure the spellchecker for Inkscape)