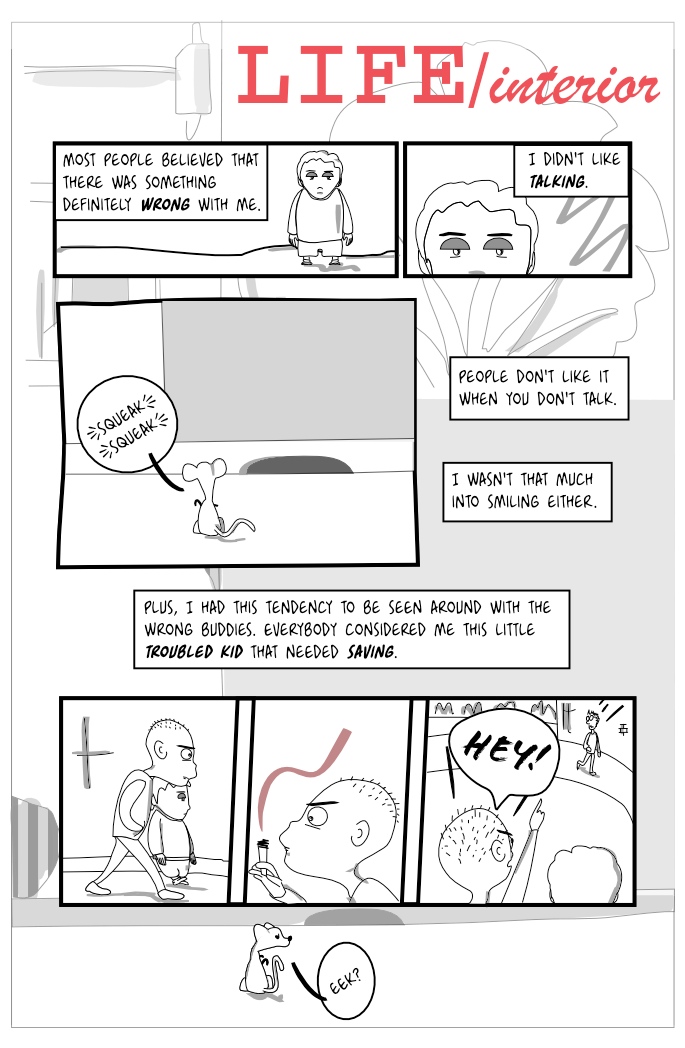 So, me being an illiterate foreigner, I didn't know what to use as a sort of onomatopoeia for the sounds the mouse was supposed to make. I resorted to asking a knowledgeable friend and her response is funny enough that I'll write it here: "Eek is typical of a scared mouse. Squeak is standard for all other mouse emotions or Hmm if it's a wondering mouse" (smiley faces omitted). English is such a wonderful language when it comes to sounds.

I changed my mind regarding the font used for the lettering, it doesn't seem to suit this script. Now it's YanksHand 18pt, 100% space, for the geeks out there. I'm also learning a bit more about Inkscape and starting to figure out just the right layer layout. Shading is now in a layer on top of the inking, using the magic 'Darken' blend mode. That little change allowed me to create shapes with a solid background which makes creating the figures easier sometimes.

Anyway, as promised, story starts to unfold and it follows an actual script. Yay!